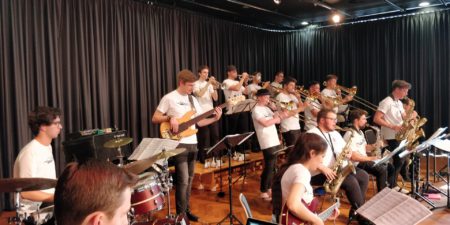 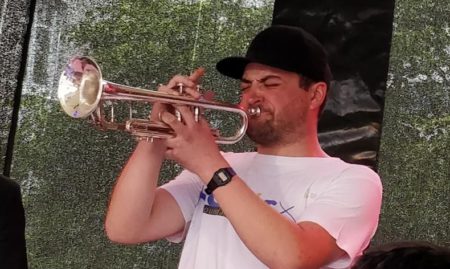 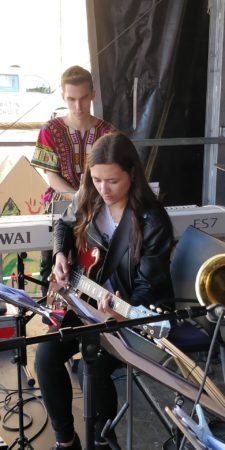 Bandirector and producer is Frank Reichert. The musical work of the band is supported by a team of jazz musicians. The work of the band musically supports young talented jazz musicians all over Rheinland-Pfalz and also prepare them for musical studies at university. The band rehearsals take place 2 or 3 times a year, each rehearsal endures one week. During the year the band plays several concerts and other musical events.

The 20 young Jazz musicians of „Phoenix Foundation“ play musical highlights from Jazz, Rock and Pop music. Arrangements from Count Basie, to Peter Herbolzheimer, Hits from Santana to the themes of James Bond series. Musical creativity expands the spectrum: compositions from the members will be arranged and presented by Phoenix Foundation.

Realizing the own cultural frame and influences and yet being open, gather new impulses and learn to refresh them anew. Improve the musical and personal skills and performance. This represents the Phoenix  Foundation.

The band will let the audience swing. So, swing with us!

Frank Reichert formed the Phoenix Foundation to a guiding culture during the last 20 years together with his international jazz network. He is working in staff training since 1993. Beside his work with Phoenix Foundation he is the leader of Coming up, the jazz ensemble of Wilhelm-Hofmann-Gymnasium St. Goarshausen/Rhineland Palatinate, multiple winner of the „Skoda Jazz Price“ for german youth jazz orchestras. Mr. Reichert was impressario of the Idstein Jazzfestival between 2005 and 2015.